The SSH's Supervisory Board is composed of five members.

They are appointed by the National Assembly of the Republic of Slovenia, in accordance with Article 40, Paragraph 1 of Slovenian Sovereign holding Act (ZSDH-1). 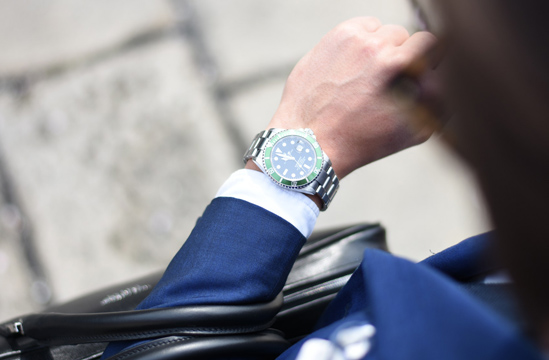 Members of SSH Supervisory Board

Karmen Dietner holds a university degree in economics and has long-lasting experience in management and in supervision of large business systems.

She has started her career as an auditor and then continued to deal with ownership restructuring of companies. In 1998, she became a Deputy Director of Slovenska odškodninska družba. In 2001, she took part in the establishment of Pokojninska družba A, a pension fund, and was appointed as the Management Board Member holding the said function until 2015 when she became the President of the Management Board.

She holds a certificate on being qualified for rendering the services of a member of a Supervisory Board and a Management Board. During her career, she held the function of a Supervisory Board Member in several companies, specifically: Mercator d. d., Luka Koper d. d., SKB banka d. d, Loterija Slovenije d. d.

Ivan Simič, MSc., is a tax adviser, lecturer, an author and co-author of books and handbooks on taxes. He is a former Director of the Slovenian (from 2006 to 2008) Financial Administration and of the Serbian Tax Administration (2013), and a former member of the Fiscal Council of the Republic of Slovenia (from 2009 to 2012). He was also the President of the Football Association of Slovenia from 2009 to 2010 and twice the President of the Intra-European Organisation of Tax Administrations (IOTA; in 2008 and 2013). He completed the undergraduate study at the Faculty of Law in Ljubljana and obtained a master's degree in tax law at the Faculty of Law in Maribor.

In the period from 2006 to 2019, he was selected the most prominent tax expert in Slovenia for twelve times, as voted by the users of the web portal Tax-Fin-Lex. In 2013, the European Manager's Association form Sarajevo awarded him with the title “the most prominent tax expert in South-eastern and Central Europe” for his contribution in introducing positive changes in the tax systems of the Republic of Slovenia and the Republic of Serbia.

In 2013, the Nacional Alliance for Local Economic Development (NALED) and Radio Television of Serbia conferred him the title of the Reformer of the Year in Serbia in the category “Head of Administration Authority”: He was awarded the said title for kicking off vital projects and giving initiatives to simplify administrative procedures for tax reporting in Serbia.

He is the President of the Tax Advisory Chamber of Slovenia and a majority owner of the Simčič&Partners Group which owns several companies operating in the field of tax advisory services, accounting, training and publishing services, issuing the publication on taxes entitled DENAR (in English: “Money”).

Mr. Franjo Bobinac is a Slovenian businessman and sports official with extensive international experience in various business areas. He completed his university studies at the Faculty of Economics in Ljubljana, and his MBA at the ESCP Business School in Paris in 1997.

Since 2018, he has been the Vice President at Hisense International Co., Ltd., a multinational company and one of the world's leading manufacturers of consumer electronics and home appliances, in which he covers global marketing and brand management functions for Hisense Group. The Hisense Group acquired Gorenje in 2018.

From 2003 to 2019, he served as the President of the Management Board for the Gorenje Group. During his leadership, the Gorenje Group established some of the key levers to compete internationally, including setting up production capacities in Serbia, developing new market channels, developing its own premium brands, acquiring the Czech stove manufacturer - Mora Moravia, the Dutch built-in appliance specialist - Atag, and the Swedish manufacturer of dishwashers and washing machines - Asko. He has extensive experience in corporate governance, which also stem from the Gorenje Group's highly diversified and international ownership structure in the past. As a matter of fact, Gorenje was co-owned by the International Financial Corporation as part of the World Bank for many years.

He is also a recipient of many awards, i.e., the award by the Chamber of Commerce and Industry of Slovenia for outstanding economic achievements (2008), and in the same year he received the Knight of the National Order of Merit conferred by the President of the Republic of France for his services in the development of cooperation between France and Slovenia. He was twice named the most distinguished manager in Slovenia (the “Kline and Partners” survey).

Suzana Bolčič Agostini is a university graduate in economics and auditing specialist, with many years of leadership and supervisory experience in companies with different business models, ownership structure and on different business areas. She gained her first work experience at the then Banka Koper (today's Intesa Sanpaolo) in the field of corporate and internal auditing, then as the Head of Accounting and Management Board Assistant at Istrabenz, as the Management Board Member at Istrabenz plini and Management Board Member during the financial restructuring of Istrabenz, the holding company. For the past seven years, she was a CEO of the medium-sized engineering company. She held the position of the Supervisory Board Member in the following companies: Plinarna Maribor, Istrabenz Gorenje, Postojnska jama, Actual and Vinakoper.

Currently she is an independent entrepreneur acting in the fields of consulting, mentoring, coaching and real estate management. She is also a member of the Council of the University Medical Centre Ljubljana.

Miro Medvešek holds a university degree in economics with more than thirty years of work experience in financial markets, banking and insurance. He started his business career as a stockbroker, and he later founded the stockbroking company Medvešek Pušnik, d. d. of which he became the President of the Management Board. He later continued his career as the Head of Securities Business at Zavarovalnica Triglav, d. d. and as the Director of Investment Banking at NLB d. d., also holding the position of the authorised representative of the NLB Management Board. He is currently the CEO of Commerce d. d. and the Director of Svetovanje M, d.o.o. and MB Commerce Beograd, d. o. o.

Working Bodies of SSH Supervisory Board

Currently, the said Committee consists of the following members:

The Supervisory Board's Nomination Committee is composed of the following members: