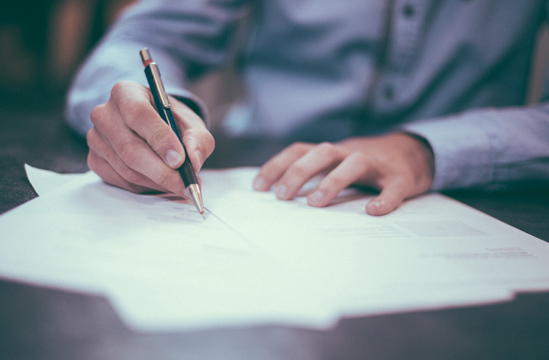 Žiga Debeljak, MSc (1971) holds a Bachelor's degree in Computer Science and a Master's degree in Business and Organisation. He graduated from the Faculty of Electrical Engineering and Computer Science at the University of Ljubljana. He continued his studies at the Faculty of Economics and Business, University of Ljubljana, where he completed his Master of Science in Business and Organisation. He was employed as the Managing Director of the Advico Group, which is engaged in business and financial consulting, and provides financial and accounting services in Slovenia and Serbia. Previously, he held the position of the Member of the Management Board and Chief Financial Officer at Gorenje Group, an international manufacturer of household appliances, and the Managing Director of the holding companies Gorenje BeteiligungsgesmbH, Austria, and Gorenje Nederland BV, the Netherlands. From 2006 to 2012, he served as the President of the Management Board of Mercator Group, prior to which he was the Member of the Management Board for Finance and Economics of Gorenje Group.  Prior to joining Gorenje, he was Director of Controlling and Accounting of the Mercator Group. In 2003, he obtained the professional title of Certified Accountant, and in 2009 the title of Certified Appraiser, awarded by the Slovenian Institute of Auditors. He has experience of membership in a number of supervisory boards of financial companies and has obtained the certificate of the Slovenian Directors’ Association.  He has also been a senior lecturer in business economics at the Faculty of Economics of the University of Ljubljana.  He has co-authored two books and several articles in the field of corporate finance and business economics.

He assumed the function of a President of the Management Board on 1 September 2022.

Janez Tomšič (1979) holds a University Degree in Law obtained at the Faculty of Law in Ljubljana and is experienced in running and supervising business entities. He dedicated the most of his career to the state-owned D.S.U., družba za svetovanje in upravljanje, d. o. o., in which he assumed various managerial positions, including the position of one of two directors of the subsidiary company, DSU nepremičnine, d. o. o., and the position of a member of the  management of D.S.U., responsible for investment activites and real estate management which he held in the  2015 – 2019 period. Since 2007, he has held supervisory positions in supervisory boards of SOEs and other public sector organisations (for example, Housing Fund), and is currently the Deputy President of the Supervisory Board of SID banka, d. d. He regularly takes part in supplementary training programmes, particularly on corporate governance, law, financial management and banking, and thus contributes to improving his several years of experience in the management and supervision of companies, in strategic planning, asset management and real estate management, human resource management, planning and implementation of investment projects. He holds a certificate by the Slovenian Directors' Association for rendering the services of a member of a Supervisory Board and a Management Board.

He assumed the function of a Management Board Member on 23 April 2021.

In accordance with the Slovenian Sovereign Holding Act (ZSDH-1) (Official Gazette of the Republic of Slovenia, No. 25/2014), the Nomination Committee is the Slovenian Sovereign Holding Management Board's consultation body in charge of performing recruitment procedures related to the recruitment of members of supervisory bodies of state-owned enterprises, the procedures for the candidates ' evaluation and the procedures for their accreditation.

Members of the Nomination Committe are:

The Expert Committee for Economic and Social Affairs (ECESA) is the Slovenian Sovereign Holding Management Board's consultation body responsible for providing opinions and initiatives related to the economic and social affairs. Opinions and initiatives are adopted at the ECESA sessions that are related to affairs which result or may result in issues concerning the labour law, the company's Articles of Association or have or may have social impacts. ECESA holds the right to inform the public of its viewpoints, when no confidential information regarding SSH or companies managed by SSH are disclosed by such viewpoints, specifically, by means of joint press releases which have been harmonised with the SSH Management Board.